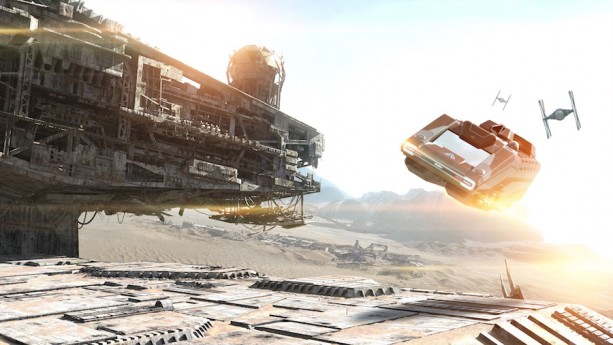 Oh, yes! This is the news you’ve been looking for. Ever since it was announced at D23 that the park would get a Star Wars upgrade, fans around the world have been itching to get a glimpse. And with the upcoming, most anticipated, film of 2015 coming out in a little over a month? Oh, yes! Bring it on!

Below is a sneak peek into one of the new experiences that you’ll find the Starspeeder 1000 embarking on in the Star Tours attraction:

Not enough? Well, there will also be what’s called the Star Wars Launch Bay. This will take visitors into special exhibits and behind-the-scenes of both trilogies as well as the new movie, The Force Awakens!

It sounds like the upgrades in Hollywood Studios are off to a great start. Keep watching the website for other updates!

This radio station is considered a "hobbyist" and is in no way commercial in nature. The music played here is for the intended use under section 107 of the copyright law.